A new island appears and brings you a completely new Game Mode! Challenge your friends on epic 1vs1 or 2vs2 cooking battles and find out who is a masterful cook in Kitchen Island VR! The new version also includes a lot of bug fixes, performance improvements and overall a smoother experience for everybody!

So jump onto your VR-boat and head up to Kitchen Island VR!

Whether in single player or multiplayer mode, cook exciting dishes on different islands. Adapt to the conditions of the island and prepare recipes without letting anything burn! Cook your way through various dishes, such as burgers, fries and even sushi!

Face the different challenges waiting for you and prove your skills.

No matter if you want to cut, smash, stir or fry, dive into your virtual kitchen island and prepare all ingredients correctly.

Conquer the kitchen in 4 different levels before facing the hungry end boss.

Do you manage to satisfy his hunger before he takes a big bite of you?!

Kitchen Island VR is all about being the best and fastest cook!

Complete the missions alone or with friends and show off your kitchen talents! Crack the high score with skill and tactics, because at the end of a mission the helicopter is only waiting for the players who cook successfully! So, do your best!

Join us on Discord to engage with the community: https://discord.gg/25Nhzbr

In the near future, food will no longer be considered a pleasure, but has been developed to be efficient. Humanity will therefore be forced to eat meals only in the form of pills! As a last bastion, the best cooks will be brought to islands, isolated from the outside world, so that they can continue to live out the art of cooking! Join this mission and prove your cooking skills!

Do you think the ship / island setting wears out quickly? Let us convince you otherwise. Be it a ghost ship on which furniture is moving or an island with a Japanese touch where you first have to catch the fish for the sushi before you can prepare it. Kitchen Island VR takes you on a cooking vacation around the world.

My journey as a Unity-Developer and VR Enthusiast began in the film and animation department. I started out learning all about motion graphics design with After-Effects and created image movies for companies. As I have always been a passionate gamer and very interested how it is all done, I started studying media informatics. In my freetime I already created short films, 3D animations and began learning Unity. From this point forward I was hooked by the endless possibilities Unity offered.

When the first VR headsets came out I knew I wanted to dive deep into creating content for these new immersive platforms. After my study I started working as a Unity Developer for a media agency in Munich. They concentrate on all kinds of immersive media like VR, AR and 360 content.

Over the next 3 years I learned a lot and gained a wide range of experience. So now it was time to fulfill my dream of creating my own game. With Roger as an amazing art designer by my side the idea of Kitchen Island VR was born!

I originally come from the advertising industry, where I worked as a graphic designer for several years and made my first steps with 3D. I later studied digital artist in Berlin and that's how I got into the video game industry. There I also developed several small video games for mobile devices and PC, in different styles from comic to realism. By doing 2D and 3D, I have a good understanding of art and the interaction of all elements.

In addition to my work at VR Buddy Games, I am currently working as a Virtual Reality Designer in Munich.

In order to download this game you must purchase it at or above the minimum price of $5.99 USD. You will get access to the following files:

someone pirated your game!!!

not even joking I found a old apk that I downloaded to my phone and played the old version but I will not get the pirated version ill play the old free version out of respect and will buy your game when I can :)

will it be paid on applab too???

It is currently in review from Oculus for App Labs. We hope it will be available soon ;-)

thats amazing I am so excited to try this out

We need every support we can get! So far we have been paying for everything ourselves and hope that everybody will enjoy it 😊🏝️!

glad you have the bugdet cus the game sounds so cool

and i hope you profit alot

do you think you can eventually ge it onto thequest store

Sorry but we don't think it will be possible... They already denied our application. It is really hard to publish a game in the Oculus store sadly...

I just heard about a new method to bring our app to the Oculus Quest:

so when im in vr i just look up Kitchen island vr in the store and it should pop up?

Yes we will upload the next version there. I will let you know when it is online!

app;application wow i can see it two different ways its called...   ...i had to look it up a pun i think unnintentional

Hi! The easiest way to get it on your Quest 2 is to go to SideQuest, install the app on your PC, connect your Quest to your PC and Click Install Kitchen Island VR :D
SIdequest: https://sidequestvr.com/app/1652/kitchenislandvr

i dont have a laptop or pc thats why i got the quest :(

i want but dont know how to get on oculus quest 2 from itch.io how this work 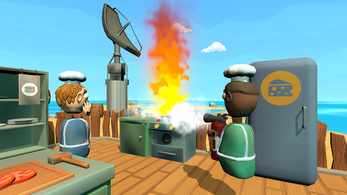 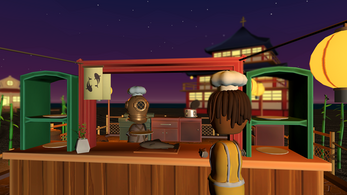 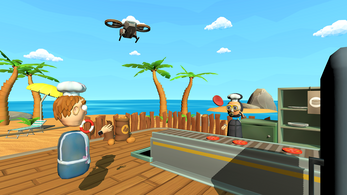 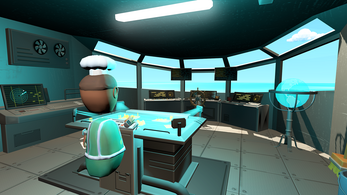 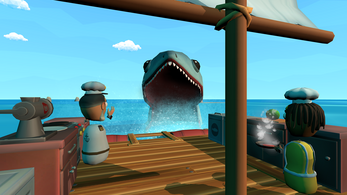